The 1911 model chambered for .45 ACP is one of the most popular and well known models of handguns. This sidearm was adopted by the military in, you guessed it, 1911. Over the years, the pistol has gained popularity among the civilian population. Looking Down The Barrel: When It’s Ok

The very first rule of handling a firearm is to always treat it as if it were loaded, and never point the muzzle at anything you aren’t willing to destroy. This includes your face! Every man, woman, and child is taught this philosophy from the very first moment... Buying your first gun for concealed carry can be an exciting, or stressful, experience. Showing up at your local firearms show can be overwhelming to say the least. If you’re fortunate, like me, to have an experienced shooter with you, it can make the process much smoother. However, if you’re going it alone, walking into your local gun store can seem like a daunting task. How Often Should You Rotate Ammo?

A weapon is a machine, and machines can break down. You should do everything within your power to keep this from happening. This means regular maintenance of your EDC handgun. Many people think only of the action of the weapon, and fail to realize that both the ammunition and magazine play a vital role. Because these go unnoticed, it can become a point of failure when you need it most. Should You Try To Catch A Gun That Falls Out Of Your Holster?

“Oops, don’t mind me.” We’ve all had the unfortunate event where our concealed carry weapon finds a way out of our holster. This is particularly true of those with a new concealed carry permit, or when testing out a new form of carrying your weapon. So how, should you handle this scenario? 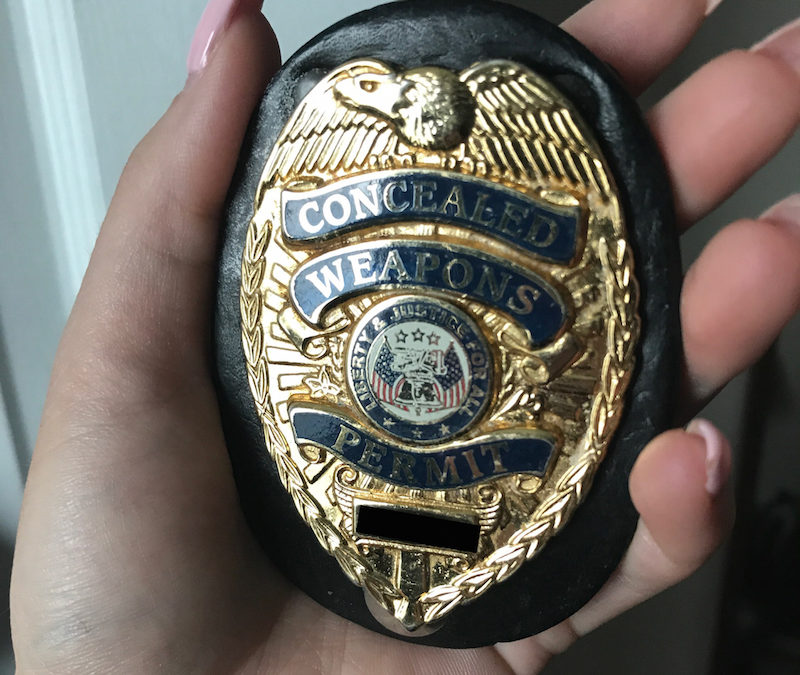 Why Do People Use A Concealed Carry Badge?

I was visiting my old man this past weekend. He’s responsible for my affinity for firearms. He was military, Marines and Army, and then went on to do a stint in law enforcement. From an early age, I was introduced to firearms, and taught a healthy respect for them. However, despite this, I never noticed him having carried a concealed carry badge in all those years.

I am a concealed permit holder (for over a decade), a lifetime NRA member, and a firearm enthusiast. Many of my friends and family are former or active duty military, and I have consulted with them on many of the topics I cover in this blog over the years.