What Is The Best Distance To Practice Self Defense Shooting? Training is an important part of effective concealed carry. Different schools of thought would have you practice your defensive shooting skills at various distances. While there are outlying scenarios, 3-7 yards is a good distance to practice self defense shooting. This covers a vast majority of encounters where an officer was killed with a firearm. Similarly, this distance covers the conditions in which you will likely need to defend yourself.

According to this article by USCCA, the statistically perfect gunfight occurs within 3 yards of the target. FBI reports support this claim with data on lethal shootings to law enforcement officers. Approximately 45% of the reported fatalities to law enforcement in 2018 occurred when a shooter was within 5 feet.

Additionally, 73% of officer involved shootings occurred within 20 feet according to the same data set. However, it’s worth noting that situations police and other law enforcement find themselves in are going to vary from the day to day life of a civilian. Not every assailant is going to be packing a Glock. Instead an attacker may opt to use an edged weapon. Recognizing that an attacker has a knife, 21 feet or roughly 7 yards, is the rough distance an officer needs to draw and accurately fire their weapon. Although, this will depend on a number of factors including the ability to discern the threat, environment, light conditions, and individual skill. However, this is a general guideline for defensive shooting when an edged weapon is involved.

Unfortunately, there isn’t a ton of detailed data about the use of firearms defensively. Thus, why the debate rages on in Washington about gun ownership. However, you should take all of the above statistics with a grain of salt. Law enforcement officers operate under very different conditions from the general public.

Unlike civilians, police and other law enforcement, usually respond to a situation knowing that it may require them to use force. Oftentimes, civilians are caught off guard. Either the threat will be recognized later, or the threat may appear at a much closer distance (e.g. mugging). Additionally, most police officers carry their weapon openly. Thus, officers have a distinct advantage and are able to easily unholster their weapon. Contrarily, civilians who regularly carry concealed will take longer to draw their firearm.

Why Not Practice Shooting Longer Distances?

So we’ve established that the best distance to practice self defense shooting is 3-7 yards. Ideally, you will practice at both the lower and upper limits of this distance. But, if you’re already moving the target, why not practice defensive shooting at longer distances?

Simply put, it becomes more difficult to prove imminent danger when shooting longer distances. Furthermore, at a certain point, using your firearm ceases to be about self preservation. Instead, you are now participating in vigilantism. Understand, I’m all for becoming a proficient shooter at longer distances. But for pure defensive skill, it’s unlikely that you’ll encounter a threat that requires that kind of marksmanship.

While this isn’t the norm, there have been instances where a longer shot is required. One such example is Jack Wilson. Recently, Jack ended a shooting in a Texas church with a single shot to the shooters head. The National Reviewer posted the shot was 50 feet. But I have no way of verifying that data. Suffice it to say, this type of shot isn’t the norm when it comes to defensive shooting.

The bulk of your training should be done in the 3-7 yard range. Defensive shooting is all about self-preservation. Therefore, it’s far more effective to work on getting your draw and shot time down instead of focusing on well placed distance shots. However, it’s good to also develop your shooting prowess at longer distances. Just in case you end up in a situation like ol’ Jack. Do you have personal thoughts or contradictory data? Leave a comment, I’d love to hear your perspective. 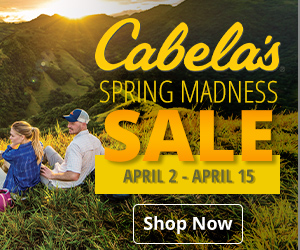 I am a concealed permit holder (for over a decade) as well as a firearm enthusiast. Many of my friends and family are former or active duty military, and I have consulted with them on many of the topics I cover in this blog over the years.